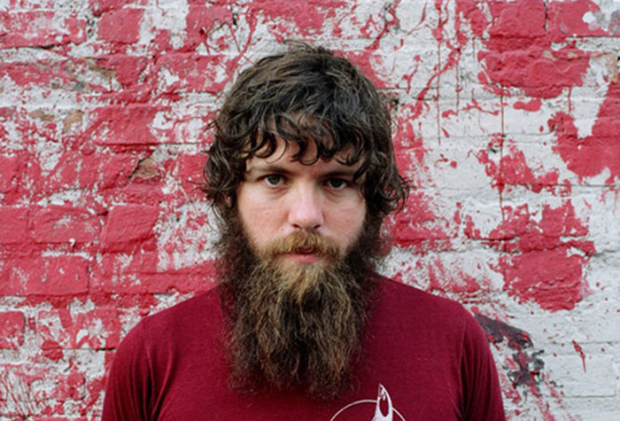 First Published in The Brag, December 2009

The idea of the album as a collection of songs bound by a sonic narrative is growing ever more antiquated. But it’s equally as persistent, quietly championed by musicians who choose to ignore the commercial realities of pay-per-song downloading and opt, instead, to create albums instead of singles. Ray Raposa is the 28-year-old Portland-based singer and songwriter behind solo project, Castanets, and a believer in the album.

“I’m still pretty old-fashioned and stick-in-the mud in that I want records to make sense as records and prefer people to listen from start to finish,” says Raposa. “I need [the record] to be a cohesive thing. Mainly it comes down to establishing a sonic narrative for the record that I admit may be more important to me than to someone paying 99 cents per song on iTunes and getting stuck with a 50-second synth snippet.”

Following a six-week European tour, Raposa was enjoying some decompression time when we speak, relaxing and writing songs in the attic of a friend’s Wisconsin home prior to his first tour of Australia and New Zealand in December.

“Yeah I’ve got some gear up there, a couple of organs, a guitar, a four-track, a little Casio to give myself a beat reference and I’ve been doing some writing.”

Gently instructed by those in the know, I avoid mentioning the ‘freak folk’ label Raposa is often identified with, alongside musicians such as Devendra Banhart and Cocorosie. Apparently he bristles at being pigeonholed and has threatened to hang up on journalists who pursue the point. This is surprising because when we speak he’s mellow, soft-spoken and genuinely strives to understand my questions, encumbered by an irksome telephone delay. It’s when we stumble on the topic of facial hair, however, I realise Raposa may not suffer fools lightly.

“[My beard] comes in quick when I grow it so I shave a couple of times a year. I was on tour in 2006 and a guy came up after the show to say he was really disappointed my beard wasn’t as long as he thought. That was the most bizarre thing, especially for him to come up and tell me about it.”

Surely a fast-growing beard is an asset in the trade of a folk troubadour? He pauses. “Sure, yeah, but if I start thinking about it like that then I’ll get all screwed up! It’ll be like ‘What have I got myself into?’ You know?”

Raposa may be light-hearted but his new record is not. ‘Texas…’ takes listeners on a journey that’s smoothed by gentle transition pieces between songs, atmospheric intros and outros and, generally, some beautiful production work by Raposa and his friend and sought-after U.S producer, Rafter Roberts, who’s produced music for Fiery Furnaces, The Rapture and Sufjan Stevens among others.

“Rafter and I have a similar idea of how we want things to turn out. We have to leave the record satisfied – we’re perfectionists to a fault, probably … Whereas when some people set out to expand their vision they get kind of sloppy with it – that’s a pitfall we’re well aware of.”

“I don’t listen to much folk music and I think there’s more at work in my records than there would be on a Phil Ochs records. I love Phil Ochs and all but I come from a different tradition. I used to listen to a lot of prog records and electro-acoustic compositions and still have a huge deal of respect for that. Texturally, I admire that kind of thing.

“If you take away [the production] they’re very simple songs, you know, and by design I write them in a way where I can present them in any context and they still make sense. The ornaments and dressing are really interesting to me but without it, the songs still exist.”

The smooth journey of ‘Texas…’ is not necessarily a joyous one. Themes of death, darkness, yearning and separation are repeated. It’s not a relentlessly sad record, it’s just one to be deeply pondered, especially since not everything is explained, lyrically.

“It’s important for me not to spell everything out. The songs are explicit enough. I’d be writing musicals otherwise, or show tunes.”

The fourth track on ‘Texas…’ is called ‘My Heart’. It’s a love song and includes lyrics such as: ‘My hands are clearing the land for you / My legs are pumping blood for you’. When asked if the song taps into the need men have to express their love through action, Raposa is taken with the concept.

“You’re saying it’s like a masculine ideal? That hadn’t crossed my mind. To me, it felt like a straight-up love song with almost no frills or artifice. It seemed like a pretty direct, man-to-woman love song.”

He ponders. “It can be rewarding having people interpret your songs. That’s a take on ‘My Heart’ I would never thought of but I’ll probably end up thinking about it for the rest of the night, you know what I mean?”