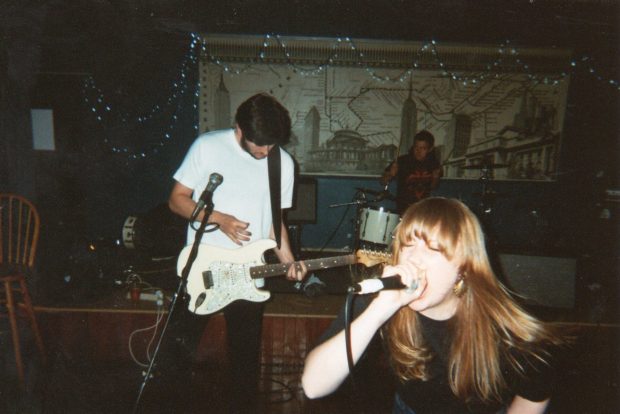 When Ash Wyatt of punk three-piece Red Red Krovvy sings, you want to smash shit up. Hurl a boot, start a stampede. Heck, dismantle some systems. “I’m sick of being late! I’m sick of making you wait!” Hang on, what?

Red Red Krovvy formed at Cairns high school 10 years ago. Guitarist Ben Warnock told Noisey these songs are “not really saying anything but neither is most of your existence”. His words could be a mission statement for any number of Melbourne dolewave bands. But when that same sense of suburban aimlessness collides with Red Red Krovvy’s mean fury of punk, it ignites into something genuinely cathartic.

Drummer Adam Ritchie hits hard and Warnock’s caveman riff on Holiday reminds me of how Mikey Young steams away in Eddy Current Suppression Ring, playing stuff that makes your neck hurt the next day. It’s also worth repeating: though her vocals are coolly multi-tracked with a Kim Gordon-style talk-sing, Wyatt’s yelling is epically pissed off. If Red Red Krovvy decide to start something – anything – I’ll get right behind it. Until the record ends, anyway.