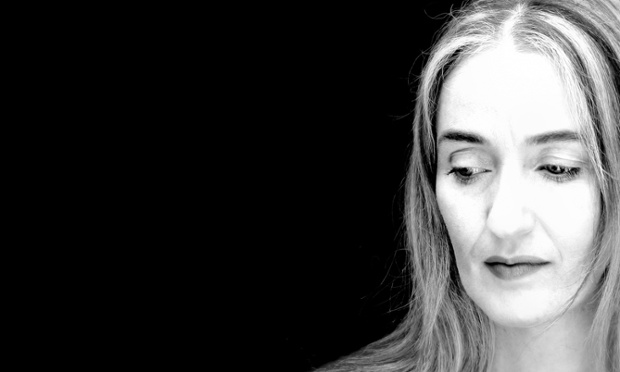 First published in The Guardian, December 2014 It was a good moment for Gerrard and bandmate Brendan Perry, but an even better one for an Australian crowd finally able to express its devotion for an act that left for London 31 years earlier, aware that Australia in 1982 was not where their careers would thrive. Dead Can Dance didn’t return but their cult following grew legion enough to speedily sell out consecutive Opera House shows and presumably those in other states.

Unlike most anthems, whipped up to be belted out by one and all, the experience was relished inwardly and silently by a crowd struck dumb by Gerrard’s glossolalia – an invented language only the summoner can deliver. Those who knew Gerrard wrote the song because she missed her family in Australia, may have appreciated it even more.

Cowritten with composer Andrew Claxton, Sanvean first appeared on Dead Can Dance’s 1994 live record, Towards the Within, released on 4AD. In 1995, a version was also released on Gerrard’s solo album, The Mirror Pooland, since then, like any brilliant but zeitgeist-defying song, appreciation built with the same slow-burning persuasiveness the song itself exemplifies.

Sanvean has appeared in several movies, in TV series The West Wing and was covered by soprano Sarah Brightman with the London Symphony Orchestra. Paul Oakenfold used it on a track, Hermès in an ad and the BBC in a history series.

But what makes Sanvean an Australian anthem? This intensely foreign-sounding song is from a duo that is Australian on paper but global in nature, tapping exotic traditions from the Middle East, Africa, Greece and China. Where’s the Aussie in all that, mate? Can’t we just play Flame Trees again?

Gerrard grew up in a Greek and Turkish part of Prahran in Melbourne and has said her “unique language” is probably due to that environment. She met Perry at a “little band” happening in Melbourne, the shambolic post-punk scene depicted in Richard Lowenstein’s 1986 cult film, Dogs in Space. Perry and Gerrard were not just passersby at a party: Dogs in Space actor Nique Needles played bass inGerrard’s first band, Microfilm.

Do the sum of these uniquely Australian parts begin to qualify it?

Though question if Sanvean ought to be bestowed the title Australian anthem, and you’ll begin to wonder what that even means. And, inadvertently, you’ll arrive at your answer: that’s what we, as Australians, have done so long and perhaps so pointlessly – question who we are, recoil from it, fleetingly find oneness in it, hold it tight and treasure it until again we see it’s slipped from our fingers.