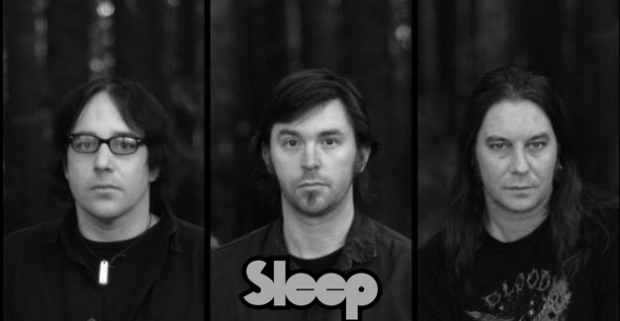 First published in The Brag, October 2013

It’s been 18 years since stoner doom band Sleep disbanded after their record company refused to release their 64-minute opus Dopesmoker, which became a cult classic.

But there is no sense they are just going through the motions tonight when they play Dopesmoker’s first half at their first gig in Australia, a few songs from other records, and wrap up with Dopesmoker’s last half. Instead, the show progresses like a nuclear-powered icebreaker: ploughing slowly, relentlessly, repetitively and powerfully with bassist Al Cisneros, guitarist Matt Pike and drummer Jason Roeder coming at us so authentically from the music’s molten heart-centre that, while the sound roars from multiple Marshall stacks – tangible in its density –the spectacle too is utterly gripping, as are the hands that rise with the music to collectively clutch the metal orange.

There is no light show and minimal theatrics. Cisneros, especially, revels in a sort of slow-motion chicken dance that is gloriously vicarious in that it is so rock-posture-agnostic you feel it would be precisely the same were he alone in his bedroom or before hundreds as he is tonight. Pike’s white Gibson is dwarfed by his big bare beer gut, the rest of his flesh tattooed in a history of metal. The smell of weed wafts by, followed by the odour of burning beard (a sticky ember gone rogue?) with few people resigning their posts to get a beer.

When they deliver the first bluesy riffs of ‘Dragonaut’ – preceding one of stoner rock’s all-time-best-ever transitions – and Cisneros begins to sing “Ride the dragon toward the crimson eye / Flap the wings under Mars red sky” all the heads in the room move as one. But he doesn’t sound evil enough. He stops. “We’ve waited a long time to play this to you so we’ll get the monitors right and play it again” he says, followed, in rather un-metal exasperation with: “Where are the monitor people?” Meanwhile, everyone is beaming, thinking, “You mean we get to hear the start of ‘Dragonaut’ again? Sweet!”

Afterwards, outside, strangers smoke strangers’ cigarettes in celebration. Together, we’ve crawled a marathon.