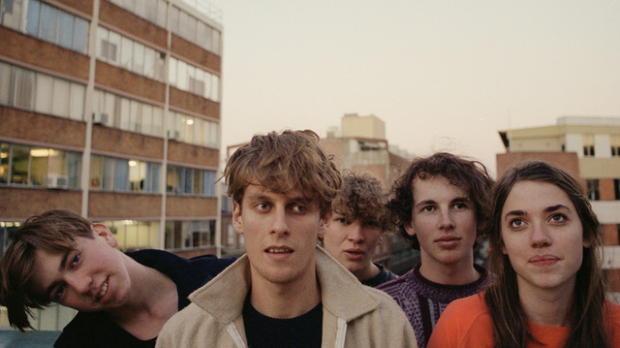 “I’d definitely say we’re a recording-based band,” said Snakadaktal singer and keyboardist Phoebe Cockburn in a recent interview, implying her band, who are all in (or just out of) their teens, are not in their element on stage.

Her hesitation is justified. The dream pop debut Snakadaktal are launching at tonight’s all-ages show, Sleep In The Water, is distinguished as much by drifting ballads and downtempo beats as by its spacious production, an aspect that’s hard to reproduce in a less malleable live environment.

Streaming stage left to right is the band’s oft-maligned name in capital letters. On the ‘S N A K A’ side is the coltish Cockburn and guitarist Joseph Clough, who plays his Rickenbacker with such reserve his hands barely move, though his cathedral-clean guitar tone is everywhere. The party is on the ‘D A K T A L’ side, where co-singer and guitarist Sean Heathcliff and bassist Jarrah Mccarty-Smith let loose with some crowd-delighting guitar posturing.

The bigger, poppier songs like ‘Air’ and ‘Dance Bear’ see the very young, very chatty crowd erupt into clapping, singing and dancing, an enthusiasm that’s often diluted by self-doubt in later years. Though many here are yet to learn that piping down during the quiet songs is the only way to receive their power. The din is unending and songs like ‘Ghost’, mellow from start to finish, are quite lost, though do offer proof Cockburn’s voice is as perfectly ethereal live as it is on record.

Slow-to-build ballads like ‘Sleep’ are appreciated in their louder, latter halves, as the song’s ambient guitar noodling gives way to the fractured tenderness Heathcliff’s entreaty “Use your voice / Sing to me”.

The banter is polite and overawed. Dutifully, Cockburn and Heathcliff announce song names, acknowledge support acts and – repeatedly – thank the crowd for being “so nice”, a charitable assessment given how many start taking selfies during the slower moments.

It’s hard to tell if Snakadaktal can’t command the hush needed to cradle their mellower tracks, or if their audience, so young and so excited, can’t summon it. Either way, it will pass, and probably soon.

Perhaps the problem, also, is that Sleep In The Water genuinely appeals to generations far older than the band’s, a truth that’s only likely to chafe in a live setting. More of an achievement, really, to think that when Heathcliff sings “Oh my mother will you tuck me in … Fighting dragons in my sleep” on ‘Hung On Tight’, he paints a picture that for his younger fans, is only a few sleeps past being literal, while, right by their side, I’m swept away by something entirely nostalgic.