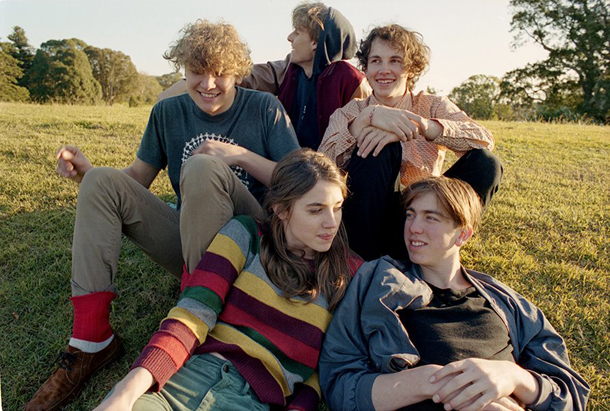 Snakadaktal – Sleep In The Water

First published in The Big Issue,

Snakadaktal’s five teenage members made this debut LP already bathing in acclaim after winning Triple J’s Unearthed competition and ranking in the broadcaster’s Hottest 100 poll. Perhaps the early spotlight was why they felt no need to seek attention, with these spacious, drifting songs instead emitting an unhurried gentleness and a delight in textured sounds.

While the bubbling synth of the opening track, ‘Fall Underneath’, could be electro-pop diva Grimes, the record favours down-tempo over dancefloor. Curiously, songs like ‘Deep’, featuring Phoebe Cockburn’s high and airy vocals, already sound like the chill-out remix that usually comes later; a reconstructed vibe that infuses the record, though not to its detriment.

Co-singer Sean Heathcliff, meanwhile, summons the tortured fragility of Ollie Brown (of erstwhile Melbourne band Art of Fighting). When he turns the cracked beauty of his voice like a flower to the sun on the slow-burning call to arms ‘Sleep’ – singing, Use your voice, sing to me – the entreaty loses nothing in translation as it moves from personal to universal.