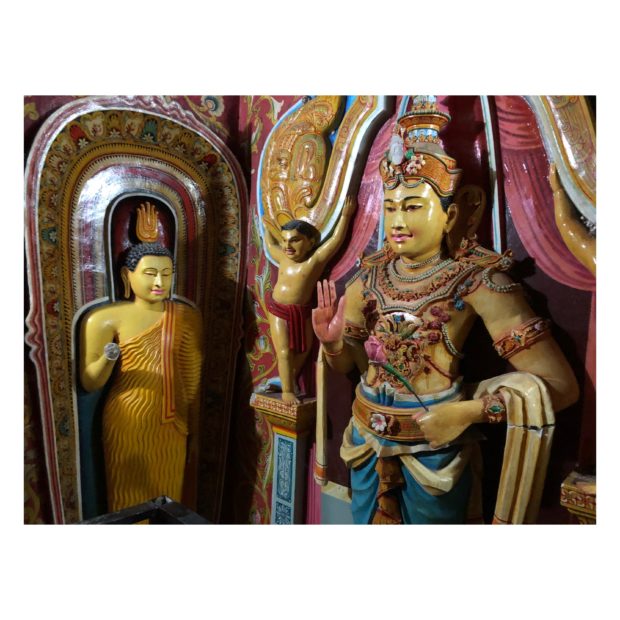 Sri Lanka shakes off its shadow A guard thumps the car boot closed. All clear. Up at the entrance we know the drill: bags on belt and walk through the X-ray machine. Like at the airport, but with a bevy of hotel employees beaming in the balmy island air, proving it is possible for a security routine to seem like a greeting ritual on loop.

Beneath the smiles is trauma. “We’re really proud that no staff lost their jobs after the incident,” says Chris McFall, Shangri-La’s Sri Lankan director of commercial sales. “Most have been here since the opening.”

Which means most were here, or not far off, last Easter Sunday when a suicide bomber detonated two explosives at Table One restaurant in Colombo’s Shangri-La Hotel while it was full of breakfast diners. A total of 259 people died in the three luxury hotels and three churches targeted in the terrorist attack, 215 of them Sri Lankan.

That day, McFall took on the gruelling impromptu task of coordinating elements of the hotel’s response. The chain had experienced natural disasters but nothing like this. “We supported our employees and guests as best we could,” he says. The hotel reopened last June with boosted security. “We will never take that chance again.”

We’ve met in the hotel bar, Sapphyr Lounge. The resident band, Bebop & The Barking Crickets, is playing smooth jazz covers that ooze into Spanish rapping late in the set; pay-off for the night owls having one last one. The bar is dimly lit and vibey, its entrance bedazzled by vintage crystal goblets.

Yet it’s only a quarter full. Prior to the attack, the hotel was regularly at capacity and was running four of the top five Colombo restaurants listed on TripAdvisor. While business travellers and budget seekers are returning to Sri Lanka, leisure travellers have tended to prove more skittish. Towering over the Indian Ocean, the Shangri-La was the first big five-star hotel to open in Colombo in nearly 30 years. Its late 2017 launch was attended by both the president and the prime minister. The property didn’t merely fill a market gap; its success was a sign Sri Lanka was shaking the shadow cast by its 28-year civil war, which ended in 2009.

“There was a lot of interest in Sri Lanka after the war,” says McFall. “It was seen as a raw stone compared to other parts of overdeveloped Asia.”

Until five years ago Colombo’s central business district – called the “fort” and full of storied colonial buildings such as the ex-headquarters of British East India Company – was a no-go zone. You could be “shot on sight” if you ventured there, says our Colombo City Walks guide, Shenelle Miles. Locals called it the “secret Colombo”. They worried the buildings had been bombed.

They hadn’t. And now you can safely roam the fort’s fascinating streets. “Around 200,000 soldiers were retained so now they build and restore,” says Miles. These neophyte builders have quite a task on their hands. Brickwork peeps from once-magnificent edifices all but cocooned in foliage. Fully grown trees poke out of windows and banyan, tamarind and frangipani roots rupture the pavements.

On what was formerly Queens Street – now Janadhipathi Mawatha – is the old Post Office. The military bunked here once and it’s in a bad way. Nevertheless, its tiled Ionic columns glimmer with something of its former glory. What might this post office, once so central to people’s lives and loves, become next? Who will it service?

White-knuckling around town with local operator Tuk Tuk Safari is ultra fun too. Our drivers wear bright white uniforms and tell us to fish out a tinnie of Lion from the on-board eskie. I oblige; beer takes the edge off Colombo’s mad traffic. “No airbags die like real man” reads a sticker on a neighbouring tuk tuk. “No cost no cross” chest-thumps another. The stickers are a Sri Lankan speciality called tuk tuk wisdom.

At dusk, we weave down the ribbon-thin lanes leading to Old Moor Street: the commercial heart of Sri Lanka’s spice trade. A fan scarcely stirs the muggy air as we drink ginger coffee served with a lump of jaggery (palm sugar fudge). Outside, men haul hessian sacks of cinnamon, nutmeg, cardamom and white pepper onto wheelbarrows.

And no matter where in Colombo you are, you can see it. The Lotus Tower. Rumoured to be South Asia’s tallest structure, its 350-metre green stem is topped by a pink lotus blossom. It lit up in September.

“The government believed we needed some symbols for tourism,” says Shangri-La’s director of communications, Niranga Gunaratna, when we see it from the hotel’s penthouse. So it is for our benefit, then, that this tower of flower subjugates the skyline?

“I like it,” one of our party declares. I don’t argue. Which isn’t very Sri Lankan of me.

“With us, no two people will agree,” says author Ashok Ferrey. We are at his colonial mansion in central Colombo – so iconic it’s used regularly as a Bollywood set. “Wives and husbands are in passionate disagreeance; Sri Lankans are a very individualistic race,” he says.

Ferrey lived in Africa, was schooled at a monastery in rural England and studied at Oxford. Despite his social mobility, he stayed here during the war, so when he describes Sri Lanka as “easily the most complex country in the world” his cultural perspective makes the bold statement ring true. “We’re perceived as India-lite but we’re much more complicated,” he says.

Religious pluralism certainly has a long history here and Sri Lankans are rightfully proud of the degree of harmony that has existed between Buddhists (70 per cent), Hindus (12.6 per cent), Islam (9.7 per cent) and Roman Catholics (6.2 per cent). After the Easter attacks, however, the Muslim minority suffered a violent backlash.

“I was a bit frightened when I stepped out onto the street,” says Shiham Saliheen, Shangri-La’s communication manager and a Muslim. “But people started remembering the fear they had during the civil war.”

No one wanted history to repeat. Strong statements on unity from leaders such as Cardinal Malcolm Ranjith, the Archbishop of Colombo, helped. Celebrity chef and the head of Shangri-La’s Kaema Sutra Kitchen, Dharshan Munidasa, took an unambiguous stance too.

“I told staff: ‘If there’s any racial hatred you don’t have a job any more,’” he says.

Meanwhile, in record time, an exhibition called One Won showcased 40 artists, with curator Chamika De Alwis saying: “Let it be Christian, Muslim, Hindu, Sinhalese, Tamil [the artists] are all … working as one.” Two hundred kilometres south in Hambantota province, an enormous rock pillar rises from the jungle. Stone steps, sagging with antiquity, lead to caves carved into the rock with statues of the reclining Buddha inside. Frescoes crowd the moist rock walls. While this 3rd-century monastery and temple, Mulkirigala, is Buddhist, there are some Hindu statues here too.

Communications manager Saliheen has accompanied us. Driving back to our hotel, he tells me his son’s name is Eesa, which means Jesus in Islam. As a Muslim, how does he enjoy Mulkirigala?

“I love coming,” he says. “This is the history of our country.”