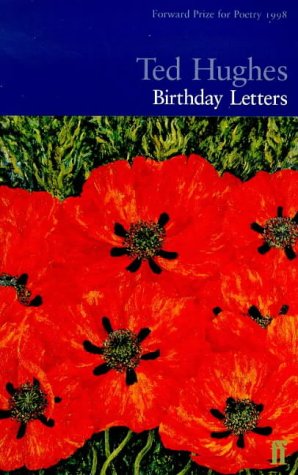 
Fifteen years ago, when I was 23, I visited my cousin Geoff in Griffith, a smallish town in south-western New South Wales.

Geoff was, is, a surgeon and was spending a year at Griffith Hospital. He wore a sarong when he was off-duty because he loved making the locals stare. Every time I had visited Geoff over the years, usually in his Kangaroo Point apartment in Brisbane, I’d leave with a book or CD pressed into my hands after he’d talked long and lyrically about why it was so important/excellent/impressive. “Have it.”

I was star-struck by my older, more worldly cousin. Around his flamboyant passion for art, books, poetry and music, I was gauche and unfinished. I had nothing to offer. But some part of me knew that atoning for my insecurities would ultimately pull me into Geoff’s world; a world I wanted to exist in. Once, on a visit, he made my family listen to a classical piece in full turned up very loud. It went for a long time. He pulled the shades and darkened the room. I was 16, uncomfortably old to be holidaying with my parents. My toes curled in the carpet. My Dad glared in the gloom. Geoff didn’t notice. “Magnificent!” My ’98 Faber and Faber edition, cover painting by Frieda Hughes

In Griffith that year it was Ted Hughes’ book of poetry Birthday Letters pressed into my hands. I had read some of Sylvia Plath’s poems at university and found them intense and upsetting (who doesn’t?) but I didn’t know about the wildly romantic and tragic pact Hughes made when she committed suicide in 1963. He didn’t speak of Plath publicly – even though some blamed him for her death – but privately he completed one poem, every year, on her birthday. He compiled them as the Birthday Letters volume on the proviso it would be published on his death and no sooner.

And they are astonishing. I started reading the book as soon as Geoff gave it to me but first I read the back cover. I type reading from it now.

“To read Birthday Letters is to experience the psychic equivalent of ‘the bends’. It takes you down to levels of pressure where the undertruths of sadness and endurance leave you gasping … The book’s contents are unfailingly interesting but what makes Birthday Letters a poetic as opposed to a publishing landmark is the valency of the poetry itself. The poems give the impression of utterance, avalanching towards vision.” Seamus Heaney, The Irish Times.

I read the poems, yes, but it was the back cover I returned to and that last line especially: “the impression of utterance, avalanching towards vision.” I was captivated by this expression of understanding of someone else’s art. It was the moment that sparked in me the desire to do the same. At least, in the specific sense of being a critic, because expressing myself and having each nuance understood has always resembled a certain kind of justice for me, ever since I was a kid.

So. This first post is dedicated to back cover of Birthday Letters, to my cousin Geoff and to Seamus Heaney.