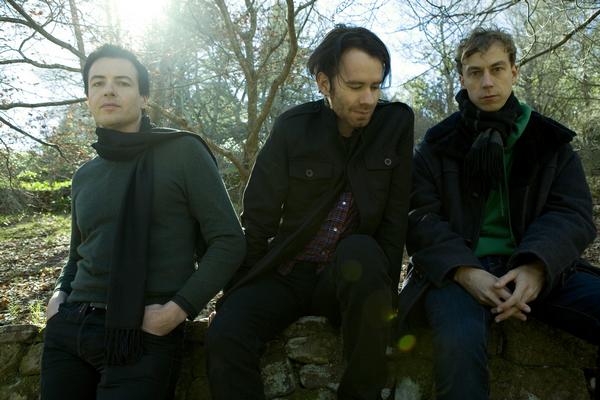 The Dead Sea (The Hopetoun)

Half-way through The Dead Sea’s set at The Hopetoun on Saturday night, distraction begins to creep over me. How, I wonder, am I possibly going to review this band and avoid the words “cinematic”, “soundscape” or “builds into a mesmerising wall of sound”?

They’re all apt handles for The Dead Sea’s atmospheric, and frequently ambient, sound.

But this is an era when Sigur Ros and Mogwai play stadiums and crescendo is cheap.

Bludgeoned by an onslaught of imitative after-acts, reviewers too have to dig deeper for descriptors. No longer does “wall of sound” pack a punch when everyone’s doing it. It’s just a good explanation for why your eardrums still hurt the next day.

“This? The ringing noise? Oh, I walked into a wall of sound last night. Nothing serious.” I’m at the gig because driving home a few nights ago I heard a song on FBI radio and was so discombobulated by the similarity of the intro to a track from a Fripp and Eno collaboration (‘Meissa’ off 2005’s The Equatorial Stars) that I nearly pulled over for safety reasons. The song (later discovered to be ‘Nulla Desiderata’) settled into its own skin after a while but I was still unsettled – in a good, tingly way – by its reference to Fripp and Eno.

“Who is this band?” I thought.

Google The Dead Sea, and various outlets tell you the band was “formed around the vision of musician/video artist Tim Bruniges in 2006, with drummer Nick Kennedy (Big Heavy Stuff, The Cops) and bassist David Trumpmanis (Sarah Blasko, Bluebottle Kiss)”. The internet doesn’t tell you that Tim Bruniges – vocals, guitar and effects – also presides over a over a blinking city planet of guitar pedals.

The Dead Sea bear none of the influences of these

bands. They are concerned more with sound, texture and layering than other discernible narratives, probably a sensible preoccupation for a largely instrumental act. When they do lay the guitars on in full volume it’s not to paste you against the back wall of the venue. There’s a delicacy to their approach in which you strain to hear muted melodies or effects that evoke something that seems somehow … lost.

This evocation of the bygone and distinctly sad is reflected in Tim Bruniges’ visual projections, which accompany their set. In a memorable sequence, a procession of 1950s cars weave along a dirt road. Eucalypts sway on the side of the road. It’s heavily-pixilated, mirage-like, drenched in yellows and whites.

The scene shimmers with what looks like extreme summertime heat and a haunted quality a la Picnic at Hanging Rock.

While visuals have become almost a cliche with instrumental bands such as The Dead Sea, it’s more understandable when you consider the visual medium is Bruniges’ other primary artistic occupation.

Besides, anything to elevate one’s spirit a few meager inches off the grubby pub floor. It’s the early 8.30 slot at the Hopetoun, you see, and the room is lacking vibe. Ice clinks at the bar in the substantial gaps between songs. “SSSSShhhhhhhhhh!” some roaming wise guy hisses in mockery of the reverent silence. The visuals, thankfully, hold it all together.

There’s one jarring moment, though, as the projection morphs into a silhouetted crowd at an outdoor nighttime show, waving their hands ecstatically in the air. The image co-incides with one of the more emphatic moments in a song, leaving us to uncomfortably wonder if we were supposed to follow suit.

They opened with ‘Slow Jet’ from their soon-to-be-released self-titled LP (a tip of the hat to ‘Here come the Warm Jets’?) It’s synth-heavy but of most note are the drums, which are EQ-ed to sound hollow and echoey, similar to the big lead bass drum in a marching band. It’s a beautiful effect.

Most of their songs are beautiful, in one way or another.

Many of them communicate themselves as ideas rather than songs. But while the effects emerging from the MacBook are impressive, The Dead Sea’s live show suffered slightly from the need to play around the omnipotent machine, leaving little room for spontaneity. I didn’t expect a sweaty jam session, but the set had more of a performance element than a gig. A row of neat chairs wouldn’t have seemed out of place. A couch would’ve been downright bliss.