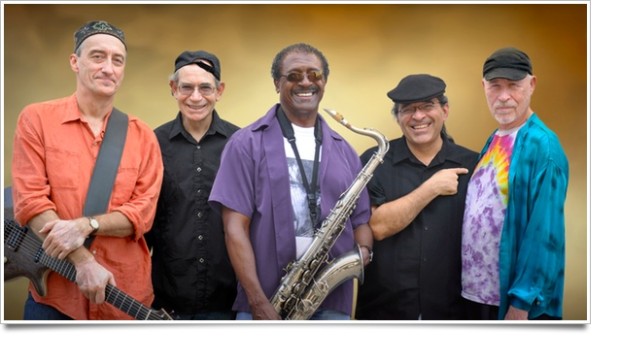 The Grandmothers of Invention and The Magic Band (Metro Theatre)

Even the Frank Zappa and Captain Beefheart (Don Van Vliet) boffins who pilgrimage to the Metro tonight seem unsure of exactly what’s in store.

A few middle-aged men linger outside, pointing at faces on the gig poster and guessing who is who and how this drummer, or that guitarist, slot in to the decades-long revolving door of two notoriously temperamental front men, now both dead. For the music nerds and completists, the fun has already begun.

Though their answers don’t assure a good show. While The Grandmothers of Invention and The Magic Band – in Australia for Bluesfest – both feature original members, that brings no guarantee of original spirit.

Fronted by keyboardist Don Preston (who also sings Zappa’s parts) and 80-year-old saxophonist Bunk Gardner, the two in patchwork lurex jumpers, the Grandmothers play a set that is heavy on songs from the Mothers of Invention’s 1966 debut ‘Freak Out!’, its precisely erratic free jazz and incandescent guitar shredding inciting hoots of joy, as does Preston’s admission: “This music’s hard.”

We’re treated to the tongue-in-cheek schmaltz of ‘You Didn’t Try To Call Me’, the explicitly political ‘Trouble Every Day’ and a ‘Who Are The Brain Police?’ dance contest, with the singer of Sydney band The Holy Soul, Trent Marden, volunteering some freaky moves onstage.

Between songs Preston issues dad jokes – “Australia is the bottom of the earth, but don’t worry, I like bottoms” – that see the Daddish crowd chortle into their beers. Their show ticks the Zappaboxes: highly technical playing levelled by lowbrow humour making for both eye-brow raising and belly-laughing good times.

“We miss Don but he lives on in the music.” This from The Magic Band’s John French, Captain Beefheart’s drummer turned band frontman.

The band’s two-hour set silences those left cranky that the Grandmothers were tonight’s support act. Beefheart’s songs irrefutably own the long, late hours, bringing the bump and grind Zappa’s songs might ably imitate but never really feel. Riffs, licks and mini-solos per song are off the Richter scale so latching on to one thread of its ugly genius and grooving along is the only way to move.

The band’s fusion of old-timey blues, country and progressive rock brings into the room the raw sleaze that was always just one dirty old man grunt behind a Captain Beefheart song. It’s in the heavy R&B prowl of ‘When It Blows Its Stacks’ and the sexually euphemistic ‘Low Yo Yo Stuff’. And while French can’t rival Vliet’s guttural bark he brings his own baleful charisma – shameless in his rendition of some of Vliet’s The Mighty Boosh-esque spoken word material.