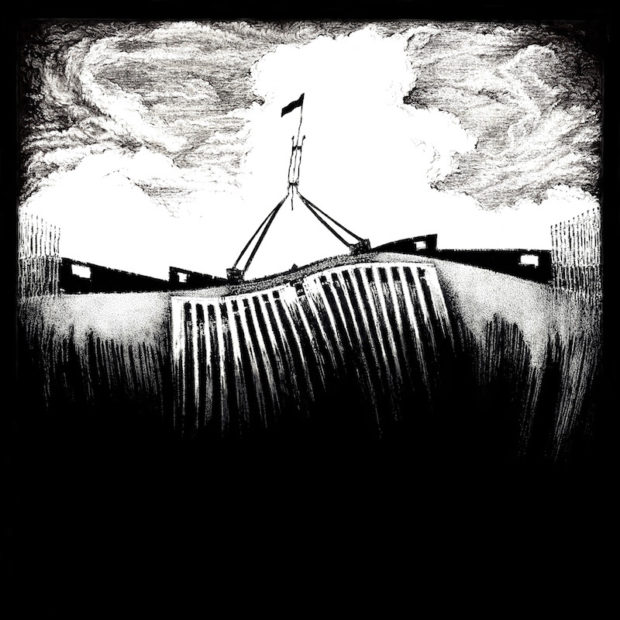 The Nation Blue play heavy rock with heavy themes. Live, they are tight and mean with the locked-in chemistry a trio can really own. Singer (OK, shouter) and guitarist Tom Lyngcoln’s head often bleeds, victim to his habit of bashing it with a mic in a way that appears grimly, personally punitive.

Despite these masculine tropes, it is masculinity The Nation Blue seem to abhor, buckling under the weight of the worst of their gender’s sins. “Packs in cars, packs in bars and staring in the street/AVOs, big black eyes from nice guys, nice guys, nice guys,” Lyngcoln sings on Erectile Dysfunction. On Beat That Man he nails the reality of domestic violence: “Behind closed doors lie third world wars.”

Black was released alongside a second album, Blue, after seven years waylaid by projects including Harmony and High Tension. Perhaps the break allowed them to return purged of any misapprehensions as to what The Nation Blue does best: political punk rock intent on shoving us into the roiling guts of all we have to be angry about in Australia.