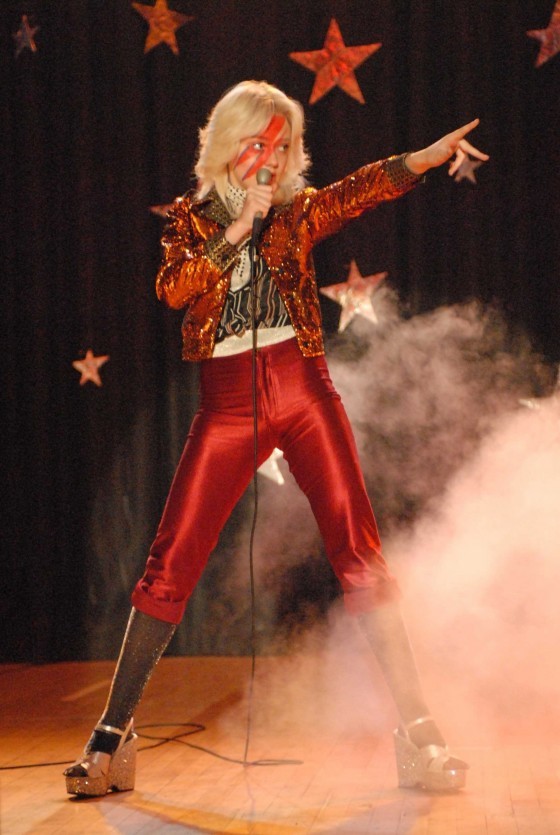 First published in The Brag, June 2009

In 1975 an all-girl rock group called The Runaways formed in LA. Until then, women playing hard rock was rare in mainstream music. Fronted by guitarist Joan Jett and singer Cherie Currie, the five-piece – most just 16 at the time – braved it out until 1979, released four records, and were supported by bands like Van Halen and The Ramones. The Runaways tells this story with Twilight star Kristen Stewart playing Jett, and child star (now teen star) Dakota Fanning as the band’s manufactured ‘sex kitten’, Currie.

Yet none of this helps make The Runaways more credible. The filmmakers boast the movie is “gritty” and “raw”. If they truly believe this it’s an extraordinary example of filmmaking in the bubble; of Hollywood on Hollywood. Fanning and Stewart are convincing but their skills are wasted within clichéd scenes and tired compositions. Fanning, 16-years-old now, depicts Currie as a vulnerable girl who’s all eyes, seeking approval by plunging too far, too fast into a sexuality beyond her age. Currie’s real-life decline into drug addiction is well documented – hopefully Fanning has more resilience to the damaging glare of the spotlight.

(The not real thing)

The most successful aspect of the movie is also the saddest. For all their tough girl attitude, The Runaways were pushed around terribly by men, most notably their toxic overlord and manager, Kim Fowley (Michael Shannon), who verbally abused, manipulated and financially deprived them. The girls’ attempt to play it cool and tolerate Fowley’s misogyny – rarely stepping in to defend each other – is painful to watch.