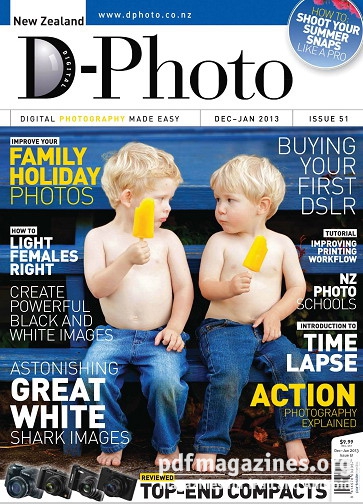 The Sight of Music

Got a love for live music and photography? Then you’ve probably considered combining the two passions to try gig photography. But before you rush to the nearest venue to demand a photo pass for the next touring act, note one important fact: control freaks need not apply.

There are so many reasons to be drawn to gig photography. While everyday situations can throw up options for arresting images too, there’s something about a stage, unpredictable lighting, an excited crowd and a musician doing what he/she loves – performing – that makes it ripe pickings for incredible shots. If you also happen to love the band on stage, then the urge to mark the evening with “that perfect shot” becomes overwhelming.

But it’s these same exciting elements that confound the sense of control you have in other environments. And, according to photographers who shoot live music professionally, unless you actually relish this sensation, you won’t last long.

Milana Radojcic is an Auckland-based photographer who shoots gigs for street press Real Groove and music website www.cheeseontoast.co.nz. Name a band that’s gigged in Auckland over the last six years and Milana was there, clutching her Canon EOS D400 and her “survival instinct”.

“It’s all out of your hands,” says Milana. “You have absolutely no control of the lighting or of the subject so you work with what you’ve got and find a way to catch a moment.

“I got into [gig photography] when I saw The Mint Chicks play for the first time. I had my camera and couldn’t stop taking photos because they were really, really captivating live. My photography tutor suggested I run with live band photography as a project, so I stared bringing my camera to shows. Around that time I was approached by Andrew Tindall from Cheese on Toast and it snowballed from there.”

Wellington-based photographer Sean Aickin shoots for Real Groove and Manual Magazine and says his love of the art comes directly from the “uncontrollable conditions”.

“The only thing you can control is yourself and your gear,” he states. “It started for me from my love of live music. I work full time at Wellington Photographic Supplies so daytime photography is out, so I started photographing at night, mostly gigs. Some nights I’d rush between two venues shooting different bands. After doing this for a while I built up a name and managed to get my break and shoot a Big Day Out.”

Cybele Malinowski is a Sydney-based photographer, who has been shooting gigs for record labels and outlets such as Triple Jmag, MTV and Vice for three years. She is also a respected fashion photographer and points to the stark difference between studio and concert environments.

“In the studio you control the lighting, the timing, the poses, and the subjects themselves – it’s a hands-on, directive-based practice,” says Cybele.

“With live music photography, there are so many elements out of your control. You need to work with the lighting and prepare for a performer who might jump around on the stage so fast you have to shoot at 1/500 just to catch them, or play with interesting angles and framing to add interest to a badly-lit show with a shoe gazing lead singer!

“My big break was meeting Sarah Norris, the wonderful editor of The Drum Media at the time. The first gig I shot was Pink in 2006 and I sat in the car for a good ten minutes before, trying to calm down. Pink was a knockout, and it was a whole new experience being in the photo pit, only centimetres away from this larger than life musician. I got some great shots, but I couldn’t stop shaking for an hour afterwards, the adrenaline wouldn’t cut!”

Touring international acts will usually play larger venues with a photo pit – the barricaded area directly in front of the stage. To snare a pass your photographs will require formal commissioning by an outlet (i.e. – their publication needs to be somewhat guaranteed) and then get approved by the promoter. You show up, get ticked off a list, don your lanyard and enter the pit that’s guarded by security. You generally have three songs to get your shots before you’re ushered away. Be warned, if you’re caught without a pass anywhere you’re not supposed to be your gear may be confiscated and possibly damaged.

“It can get quite aggressive in the pit,” says Cybele, who has photographed bands including Kaiser Chiefs, Franz Ferdinand, Jet and Bloc Party plus music festivals such as The Big Day out and V Festival. “Photographers push you one way, security guards push you the other way and crowd-surfers fly over above. It’s an adrenalin-filled experience and with a three-song limit, the pressure is on.

“You need to be determined, adaptable and patient. Bigger bands often bring their own security that can play hardball. If you step over the invisible line, you’re out. If a security guard tells you to move, move! The local guards are generally more approachable and many have given me ear plugs, water and a leg up.”

Pit passes beyond your current contacts list? If you’re a keen amateur, local gigs will suit you better anyway because smaller venues don’t have a photo pit. Arrive early, muscle your way up the front and get your shots, simple as that. Use your initiative to hunt down happening shows and build your portfolio. Just don’t expect to get paid (yet) and watch your head!

“I’ve been hoisted up off my feet with my camera,” recalls Sean. “I’ve had a guitarist fall off stage and hit me in the head with his guitar breaking my flash. These are usually the more raucous local bands, but you’re still expected to get images amongst this kind of anarchy. Personally, I prefer the chaos of a local show where anything can happen. The benefit of the larger international acts is that some magazine will likely publish your work.”

Cybele suggests that amateur gig photographers should align themselves with up and coming bands that are also just starting out.

“You can both utilise each other,” she says. “Take promo shots, or backstage shots before and after a show. Once the ball is rolling, start approaching mags and papers and show them your work. Put the pics up online, send a link to the band, and let them know who you are. Start going to different shows each week and get to know the venues.”

A great live photo is a subjective beast but according to Cybele, lighting and timing go a long way. “There are the front lights and the backlights. Pit photographers all look for where the backlight hits the musician, and stand there, waiting for the muso to have a halo, and then snap!” she says.

“It’s a classic live shot but despite its over-use, it still excites photographers and readers alike. It makes the artist bigger than life and takes them to rock-star status.

“The other key trick is timing. Naturally it’s great to shoot the singer screaming into the mic or writhing on the floor. But the most rewarding shots are when they’re not necessarily performing. When they take a breather from the mic, or check their pedals. The more personal, intimate moments.”

Over the years, different things have interested Milana at different times.

“At the moment, I really enjoy colour and also capturing a certain facial expression. The real person, rather than the whole situation. I try to photograph everyone on stage, not just the vocalist, because the drummer or bassist might be doing something interesting too.”

Sean keeps it simple. “In my opinion a great live shot sums up the feel of the night. It could one crowd member, or the whole band. But it would be the photo where everyone says, ‘Ahhh, that gig!’”

Shutter speed: no lower then 1/30th of a second

Aperture: anywhere between f5.6 and f1.8

“I avoid flash but if the lighting is pretty much non-existent, or the band is really energetic, I use a Canon Speedlite 430EX flash.” Milana Radojcic

“I have a Hasselblad XPan which is great for shooting the whole stage in one shot. And I still shoot film if I know the gig is going to be rowdy, as film gear costs less to replace.” Sean Aickin

Aperture as high as it can get.

“Get a camera with high ISO capabilities, such as the Nikon D700 or the Canon 50D, and make sure to have a wide lens, and a prime lens. It’s an insightful practice to limit yourself to a prime lens. With no zoom, you have to focus on framing and playing with positive and negative space.” Cybele Malinowski.

Stay out of the way of the crowd: they are the paying audience and if they’re happy, the band is happy. Stand to the side, crouch, or move around if you’re blocking the view with your camera.

Flash is distracting for the band and the crowd and usually produces less interesting photographs. It’s OK to use flash if there’s strobe lighting but avoid it unless the lighting is very low or the band is really energetic. Try bouncing it off a ceiling for more depth than direct flash.

Punters and photographers will boo you down! You also risk getting pushed off by the crowd, damaging your gear and even being escorted out by security guards.