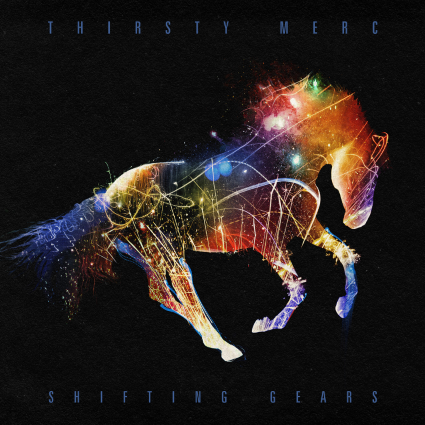 “Love’s a picture so immense, it’s bigger than Ben Hur,” sings Rai Thistlethwayte on Thirsty Merc’s fourth record. Thirteen years in to a satisfying career in (very) soft radio rock it’s unlikely the Mercs will start straining for originality now but a Ben Hur metaphor seems particularly lazy given the opportunity for parochialism. We have big things here too. Like prawns, pineapples and merino sheep.

Lyrics such as “I’ll buy an ice cream with you I’ll share” on That’s Right Shoogie infantilise fans who slapped down cold hard adult cash to record this album (the band reached their crowd-funded goal in 48 hours) but at least the piano has some Elton John zip to it. I’m Crazy, meanwhile, makes serviceable use of Joey Santiago’s guitar tone. It is the ballads closing the record that sink it too – so repetitive, poorly sung and predictable that even the thirstiest crowd-funder may be bored into buyer’s regret.