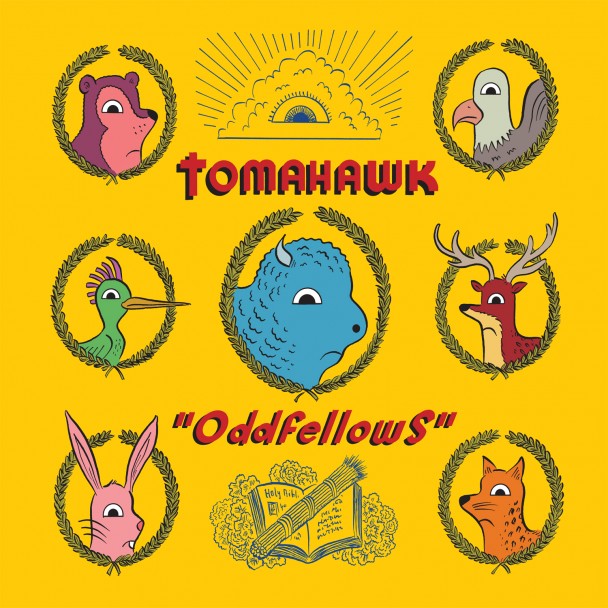 The single from Tomahawk’s first record in six years, ‘Stone Letter’, is a ’90s anachronism that belies Oddfellows’ excellence. Though if the song’s pop punk guitars and formulaically explosive chorus is up your alley, you may be estranged later by the weirder fare, like the deranged yet debonair jazz-metal-swing of ‘Rise Up Dirty Waters which could be a California-era Mr Bungle track burst free from a time capsule.

The supergroup that includes Mike Patton, John Stanier, Duane Denison (The Jesus Lizard) and — this time around – Trevor Dunn (Mr. Bungle, Fantômas) has lost none of its chemistry, confidence and musicianship: these are fun, punchy, inventive songs and it’s always a joy to hear Patton whisper, roar and croon. I have no complaints, merely curiosity as to what might happen if Tomahawk used its talents to push into territory it didn’t already own.