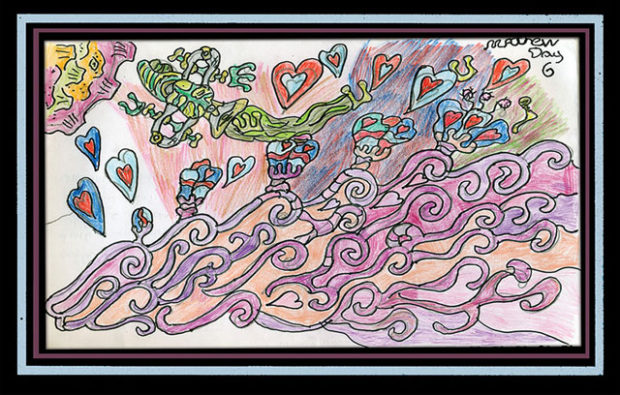 This cassette from Lismore electronic group Tralala Blip was released the day they opened Unsound festival in Adelaide. Its songs partially recapture the jubilation that flowed from stage to audience within the gig’s first few minutes. Tralala Blip did not – as others might – artfully conceal their excitement to be there. They were absorbed in the gear they were using to concoct their unique sound but utterly in the moment too; one member doing point-and-spin dance moves that saw ear-to-ear grins all round.

Formed in 2007 by Randolf Reimann, Tralala Blip is five musicians with and without disabilities. Once of Sydney metal band Massappeal, Reimann describes the group’s uniting force as “raw self expression”, similar to early punk and post-punk gigs. All members sing or contribute spoken word, and while their voices are heavily treated with delay or pitch shifters, they are not made uniform, giving their records a wide spectrum of moods. On the claustrophobic Wax Figurine, Phoebe Rose’s vocals hover eerily over a ragged, loping crunch while the aptly-titled Oceans of Love expands airily – so light and contented its only flaw is ending too soon.