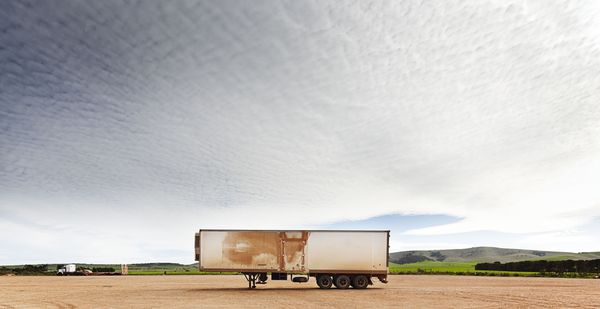 The artistic director of Adelaide Festival David Sefton did not plan to repeat last year’s celebration of experimental music, Unsound Adelaide. Like everything on the program, it was intended as a one-off. But before the three-night event was over, Kate Hennessy writes, Sefton had changed his mind.

“It sold out, it was just an enormous success,” says Sefton. “I sat in the club with Mat [Schulz] and said ‘let’s do this again’.”

Unsound has its roots in small town New South Wales, where in the early 2000s it was part of the Wagga Space Program festival of experimental arts and sound. When Schulz, who grew up in Wagga Wagga, moved to Krakow, Poland, he found an enthusiastic audience for the Unsound offering – a showcase of experimental, mainly electronic, music. Launching in Krakow in 2003, Unsound events have since spread to London and New York.

Last year was Unsound’s first appearance at the Adelaide Festival, and as the only concept to return in 2014, Sefton says next year is “on the table” too. “We could run it for 10 years and never run out of A-list options; we’ve barely scratched the surface.”

Adelaide’s festival season may be bursting – WOMADelaide, Adelaide Biennial, Writers’ Week, Fringe Festival and Docweek all overlap in February and March – but Sefton says Unsound attracts a new, younger crowd. A crowd he admits may be on the obsessive side.

“It was like church at Unsound last year!” he laughs. “There is a definite ‘people coming out of their bedroom’ quality to it. Though I totally empathise – I am one of those people. I go to these gigs when I’m not programming them … that whole world of music is very much my background.”

“There’s no question this is niche music but we consciously broadened the mix this year,” says Sefton. “Morton [Subotnick] could equally be included in the classical program as the electronic program.”

The crowd’s appetite for difficult work will be advantageous for Unsound’s opening event, Snowtown: Live, when Jed Kurzel’s score for his brother Justin Kurzel’s disturbing film will be performed to a backdrop of unreleased footage.

When he saw Snowtown in 2011 Sefton was so impressed by its soundtrack he scrawled Kurzel’s name from the credits onto a piece of paper. “It’s such an obvious geographical connection for Unsound … being a film that, for better or for worse, was very much based in this community.”

Kurzel, too, is thrilled the show will premiere to a local audience. “These are places an Adelaide audience recognises,” he says. “The film was sort of about that: How can such horrible things happen in such familiar surroundings? It’s about the everyday banality of life with such extraordinary things happening within it.”

He is quick to point out Snowtown: Live won’t be the soundtrack played over the film. “I wasn’t interested in doing that. I wanted to avoid that thing where the music starts here, and ends here, and all we do is press the space bar. On a soundtrack you’re stuck within timing confines but here the music can run free a bit more, out of a narrative structure. If it’s done again, it won’t be the same.”

The footage will be an “impressionistic” assemblage arranged “instrumentally” on the night by Berliner Marcel Weber in a partly improvised arrangement where “everyone is playing off each other”. And if that sounds a little loose for a show in Adelaide’s stately Town Hall, that’s just how Kurzel wants it.

“I like those points when you feel the musicians are hanging on for dear life. There’s an energy and a sense things are happening for that moment and that’s it. If you’re not looking into the abyss …”

Kurzel, his brother and Snowtown director Justin Kurzel, production designer Fiona Crombie and theatre director Benedict Andrews are friends who emerged from an Adelaide arts scene in the 1990s that Kurzel says nourished their creative evolution in ways he doubts bigger cities could. “Adelaide allows people to take risks, whether they fail or succeed.”

The city also bred a close and easy collaborative spirit where artists were more likely to “throw their ideas in together” he says. Yet it was Kurzel’s family ties that made Snowtown: Live possible. “I was close to the edit, so I saw a lot of footage that never made it in. But I would never have asked another director: ‘Can I go through 80 reels of some of the best and worst stuff you shot?’”

After Snowtown: Live is over, Kurzel says he’s eager to discover other Unsound artists. “[Unsound] is a great counterpoint when people say music is bland or homogenised or whatever – it’s not. When you look around, there are people just putting themselves out there. You’ll see lot of this stuff try to infiltrate mainstream music in five or ten years time.”

Unless, of course, it already has. “Lots of this stuff still feels groundbreaking when you see it now,” says Sefton of the older Unsound acts. “I’m fairly confident Nurse With Wound will still feel out there!”