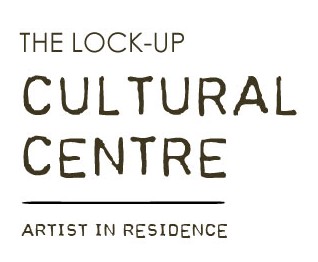 First published in The Brag, October 2008

How much energy do we devote to iconic figures? What public spaces would we sacrifice to live our personal dreams? Three artists will head to Newcastle in October to unravel the answers as part of Electrofringe’s first artists-in-residence program.

A few weeks back, performance artists Martyn Coutts and Willoh S. Weiland were told that their Electrofringe 2008 residency project had been performed before – by different artists.

“The same ideas float around, people think up the same thing,” says Coutts. “We think it’s funny, but we’re used to ridiculous things happening. Willoh accidentally drank my contact lenses on Saturday night. They were in a glass of water.”

Coutts and Weiland had been busy developing a performance art work called ‘Unreal Estate’ after its enthusiastic approval by Electrofringe directors. The work expressed their anger at housing prices, rapacious real estate agents and other inner-city living aggravations. But a group called Squat Spaces had trampled similar turf in a previous Electrofringe piece called, erm, Unreal Estate. Briefly floored by the co-incidence yet largely undeterred, Coutts and Weiland returned to delve deeper into the heart of why we want what we want.

“We decided to look at the core of why people want to own houses, which is really about their dreams,” says Coutts.

Towering billboards, improbable auction offerings, live 1800 numbers and cheesy real estate charm will combine with unscripted public participation in the duo’s re-shaped work, ‘I Want You More Than Anything’. Part performance art, part community consultation, part public intervention and part research project, Coutts says he has no idea what will emerge. He has not ruled out abuse or arrest. After three days gathering material the duo may ‘buy’ a corner of This Is Not Art’s Festival Club dance floor to establish their real estate office and parody another frequent inner-city power struggle.

“We might buy close to the sound and keep telling the DJ to turn it down,” ponders Coutts. “People keep buying inner city houses, then complain about the noise and get 20-year-old pubs closed down. It’s ridiculous.”

While Coutts and Weiland are divining Newcastle’s domestic dreams, fellow artist-in-residence Chris Poole will be licking his finger and pointing it heavenwards – praying for wind, open minds and… some very tall poles.

Poole arrives at Newcastle’s Lock-up museum on September 26 from Perth to create a wind farm art installation called ‘Supply and Demand’. He will erect up to 16 turbines from discarded printer and fax parts to generate enough power to illuminate a translucent statue of the Virgin Mary. More than enough power, in fact.

“16 generators will be constantly generating energy for one symbol that has no real use,” says Poole. “The overkill is part of the message.”

Since her light comes from within, Electrofringe’s resident virgin will glow from the inside out. Rain will not dim her incandescence as long as a breeze keeps the valiant fax motors spinning. Poole recalls Newcastle as “a windy place” and is confident the virgin will flicker.

“Someone of Christian faith might find it uplifting while an atheist might find it absurd. That’s great, but they have both missed the point because it’s not a religious or anti-religious piece. I could have used Mickey Mouse or another generic icon.”

Rapidly bored of any skill he happens to master, Poole admits to being intensely enamoured of electronics-based art.

“As soon as I hit that point where things make perfect sense, I have no desire to pursue them. But electronics is very complicated – there seems to be no end to its application. I also like the idea of generating power out of scrap parts in the context of our ‘energy crisis’. I taught myself to create power, so if I can do it, anyone can.”