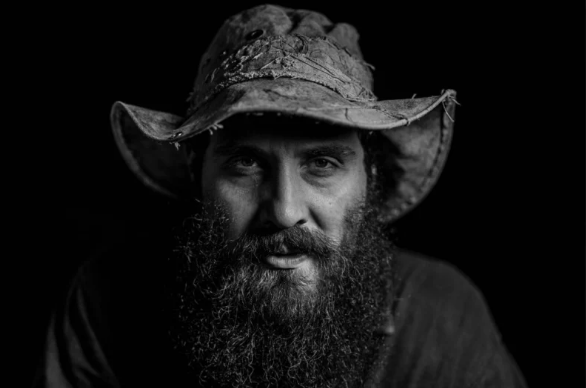 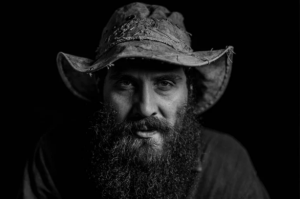 It would be mad to pretend that the good times of country-rock artist William Crighton’s show on Friday were exclusively about him.

The warm and fuzzy buzz was also due to the comeback of a gig actually feeling like a legit night out instead of the ‘in with them and out with them’ practicalities of the COVID era’s two-show shuffle.

No less, a night out at Sydney’s newest medium-sized venue, The Great Club in Marrickville: friendly, inclusive, proudly female-run and now able to fill to 50 per cent of its capacity of 300 people.

With zero ado, Crighton begins in a bluesy full-band blaze with 2018 single Fire In The Empire, featuring the spotless slide guitar of Jeff Lang and, for the whole set, orbited by the delay-doused harmonies of Julieanne Crighton.

Crighton is tall with stage presence in spades. At least from the back row, his singing style verges on ventriloquy with a strine-soured baritone emitting from somewhere within the general beard area of his glowering countenance.

In its combustive moments, the band recalls The Drones but with less punitive intensity and more peace offerings in pace.

For example, to cover It’s On, originally by 1960s Australian folkie Don Henderson (“winning the fight don’t mean that you’re right”) or to dip back into his more country-oriented 2016 debut with 2000 Clicks, Riverina Kid and Smile – sweetened by some crowd-sourced whistling.

While the bass player and drummer have played in The Preachers, Seeker Lover Keeper and more, it’s the didgeridoo of Kalkadunga man William Barton – a composer and multi-instrumentalist of his own renown – who bestows the rarest of special guest magic; cracking the shells of Crighton’s songs like an egg to let the wide open spaces they were composed in spill out.

Barton’s artistry is most striking when the show strips off to its piano ballad phase and, with the volume lowered, his didgeridoo is given an appropriate easel to sketch a series of mirage-like soundscapes that shimmer and billow.

Lyrics-wise, Crighton can at times lean too heavily into brooding bluesman tropes. When he plays Woman Like You – “I’d never treat a woman like you like that” – you wonder how the song’s protagonist might be assumed to treat women who are not “like you”.

But where his poetic hand is lighter, his words shine brighter. At the piano, he plays Mr Brown, Morning Song and, best of all, Keep Facing The Sunshine, with a line that beautifully dovetails the vicissitudes of the Australian environment and volatile mental health.

“I was a kite for a time I flew/The wind was my friend until the fire came through.”